Connect the cables as illustrated below. Make sure the UHF Instrument is powered on, and then connect the UHF Instrument through the USB to your PC, or to your local area network (LAN) where the host computer resides. After starting LabOne the default web browser opens with the LabOne graphical user interface.

For setting up automatic gain control, open the PID / PLL tab in which the four available PID controllers are represented in different side-tabs. Since the first two controllers have a dual use as PLLs, we’ll use PID 3 for this tutorial. We’ll define the Input of the controller as the measured lock-in R signal, and the Output as the drive amplitude. The settings are shown in the table below.

The list of available DUT models is found in PID / PLL Tab . In case your DUT is not well described by one of the models, the methods presented here are nonetheless useful to implement certain heuristic tuning method such as the Good Gain method (Finn Haugen, Telemark University College, Norway, 2010), as they enable measurement of the closed-loop step response. 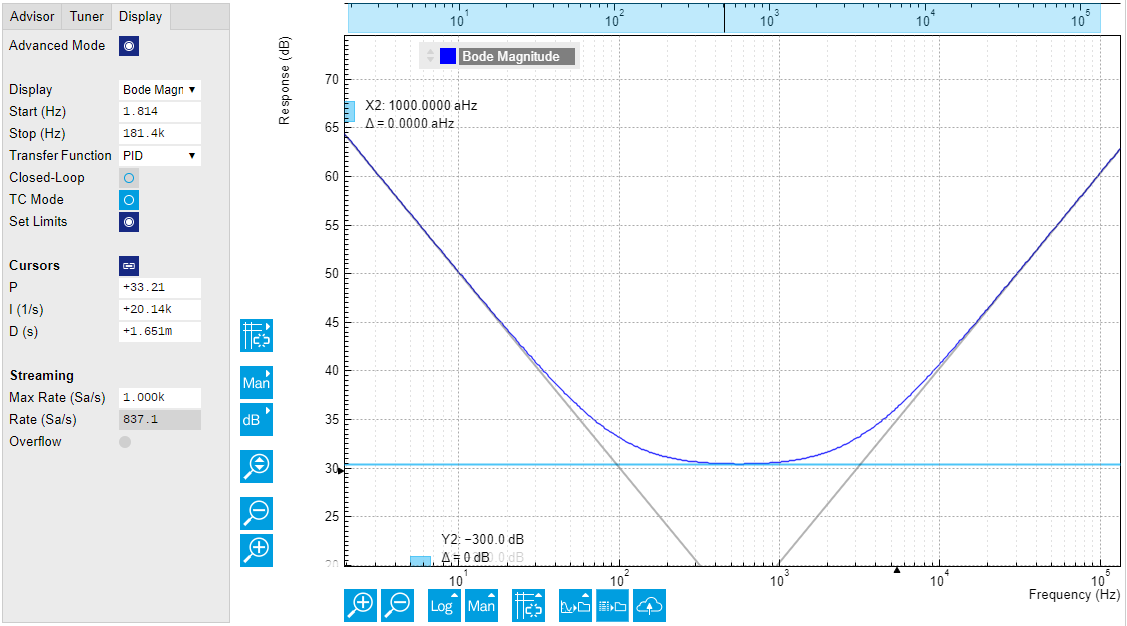 button to transfer the feedback gain parameters to the physical PID / PLL controller represented on the left. Enable the PID / PLL controller and check, e.g. using the Plotter Tab , whether demodulator 1 R has settled at the setpoint of 10 mV. Toggling the setpoint in the PID / PLL tab will then immediately be visible as a step in the Plotter. To capture the step response, the Data Acquisition Tab is the tool of choice. Open the DAQ tab and configure the trigger in the Settings and Grid sub-tabs according to the table below. .Settings: set up the Data Acquisition tool